Twin brothers Assane and Ousseynou developed an identical condition that made their legs curve outward at the knee. 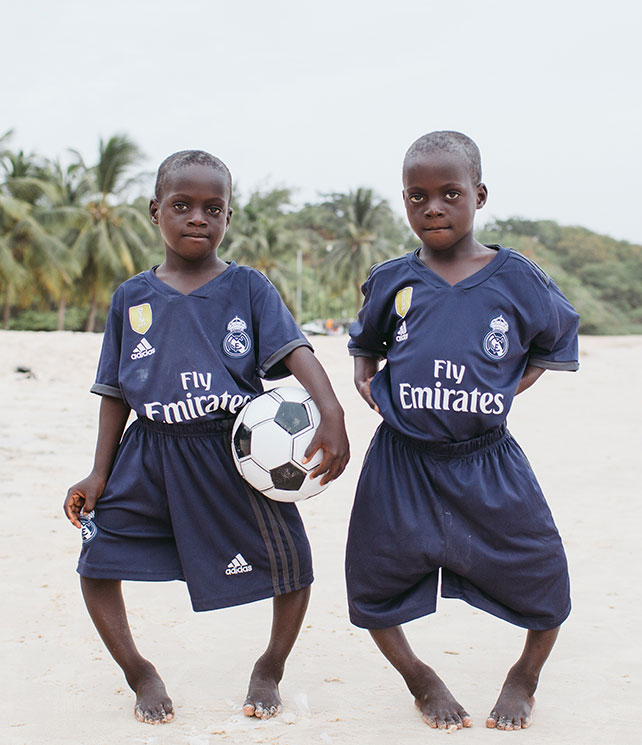 Twin brothers Assane and Ousseynou share more than just their good looks — both boys developed an identical condition that made their legs curve outward at the knee, causing them both to be ridiculed by others in their village. Their parents, Abdukka and Awa, worried that there was nothing that they could do to protect or heal their children.

“We could not hide Assane and Ousseynou away,” Awa said. “So we all had to live with people treating them as inferior.”

Mame Sor, a nurse at the local clinic, knew of the twins’ ailment and told the family about Mercy Ships coming to Senegal. She even arranged to collect the boys and their mother to drive them 200 miles to the patient registration. It was the first time they were that far away from home, and the first time either of the boys had seen a ship.

Awa was a bit nervous about all of these new experiences, and even more so when the nurses came to take Assane and Ousseynou to the operating theatres. But after the operation, when her boys were wheeled out, she was thrilled about the opportunity for free surgery. “I was so happy,” she said.

Once their casts came off, the physical therapy sessions began. Eventually, the twins were moving faster and more confidently than they had been able to before.

“Since I gave birth to Assane and Ousseynou, I have never seen them run,” Awa said. “The surgeries created this opportunity. It is something that comes only once in a lifetime.”

Now, both boys are able to walk on straight legs, and their future is open to many possibilities.

Thanks to friends like you, Assane and Ousseynou received a life-changing surgery on the Africa Mercy.