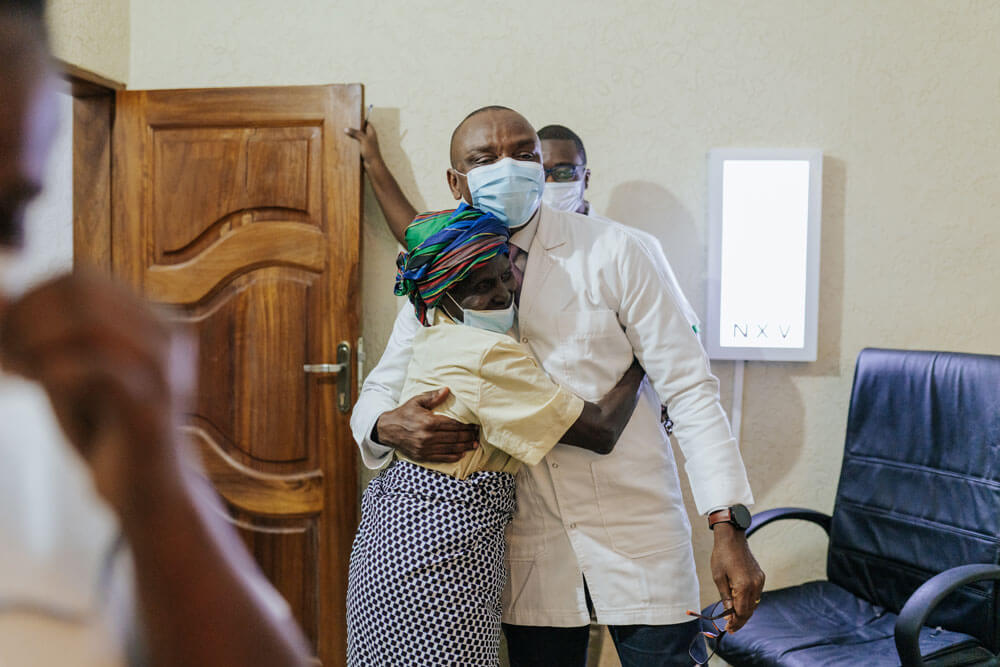 For more than three years, Hounsigbo lived in total darkness, cataracts clouding her vision in both eyes. Before, Hounsigbo had been busily working in her village in Togo, going every day to the forest to cut trees and weave mats out of their branches, selling them to earn a living. But now, the 70-year-old spent her nights and days in a small room in one of her children’s homes.

“Someone without children will suffer or even be dead by now,” she said.

When Hounsigbo’s eyesight first began to dim, she went to local hospital in hopes that they might be able to help. Without access to the surgery she needed to remove the cataracts, she could not find healing. Over time her eyes became worse, and eventually, she lost her sight altogether. For three years, Hounsigbo lived in darkness.

Hounsigbo’s story is not unlike many others. More than six million people are blind in sub-Saharan Africa alone due to cataracts. With a simple surgery, most could receive their vision back, but without access to surgical care, many spend their lives in darkness.

Thankfully for Hounsigbo, a Togolese doctor who trained with Mercy Ships had opened a clinic in a city not far away. At first, Hounsigbo worried that the cost of surgery would be too expensive, but after the urging of her grandson decided to attend a screening by the clinic.

Their faith was soon rewarded. Thanks to a unique opportunity for Mercy Ships to sponsor surgeries with Dr. Abram Wodomé’s clinic, Hounsigbo received surgery to restore her vision — free of charge.

When the staff removed the bandage from her eyes the day after her operation, Hounsigbo immediately laughed aloud, then ran into the next room to hug Dr. Wodomé. Her sight had been restored!

Hounsigbo made the trip back to her village, and when she arrived, all her grandchildren ran toward her, shouting, “Grandma can see!”

For the first time in three years, Hounsigbo was able to look into the faces of her grandchildren as she wrapped them in a hug, saying, “Seeing all of them brought such joy to me.”

Today, she is no longer dependent on her children and grandchildren. Now, she is free to return to work and take her place as the family’s matriarch.

“[I have been] given the grace to live again,” she said. “Thank you, and may God strengthen you all… to help more people like me.”

Thanks to friends like you, Hounsigbo received a life-changing surgery.